Once the office was built and occupied there was a short-term programme of monitoring internal temperatures. Measurements were taken over the whole diurnal cycle for several months during the spring of 2001. The CFD simulations were performed to assess overheating of the occupied space. However, the monitoring took place during spring time, so it was decided to focus on measurements made in mid afternoon on the hottest day of the monitoring, namely 25/04/01 at 16.00 hours. The measurements were designed to assess the comfort within the space, rather than to provide data for CFD evaluation. Nonetheless, from the suite of measurements that were taken, we have extracted data that are useful for CFD evaluation. The measurements that are used here are summarised in Table 1. The internal temperature profiles within the occupied zone, Tint, were used as DOAP in CFD evaluation.

These measurements were made on the second floor, which had a profiled ceiling with a metal covering.

Three vertical profiles of internal temperature were measured at points A, A’ and B, which lie in two bays on the South West side of the building (see Figure 3 below). Measurements were taken at 5 heights, at z = 0.1, 1.1, 1.8, 2.8, and at the ceiling.

The occupants were asked to manually record when windows were opened, blinds were pulled down, and lights were switched on and off. However, there is no occupancy or activity log, i.e. the number of people present or the number of computers switched on was not recorded. The convective and radiative loads due to the occupants, machines and the lighting, can only be estimated, based on typical office use conditions. The loads have been estimated as follows:

• lighting loads 10W/m2 of which 55% is assumed to be convective, so that the total lighting convective load is 3500W.

Given the limited information it is not possible to quantify the errors associated with these estimates. 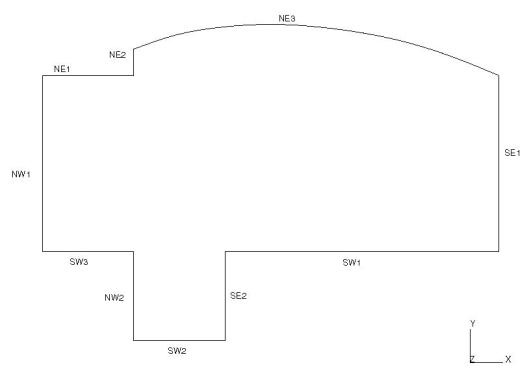 Figure 4 shows the convention used to label the walls. The temperature values measured on each of the boundary surfaces and the external and inlet temperatures are shown in Table 2.

The temperatures are all sensed using T type class 1 thermocouples and recorded using Intab AAC2 data loggers. This system has an accuracy of +/-0.2 °C. Calibration checks of the internal temperatures are being carried out at regular intervals with a sling hygrometer. The sling hygrometer was calibrated before use as were a small sample of thermocouples and channels on the Intab data loggers and digital multimeters. The external air temperature is measured to an accuracy of 0.2°C at 25°C.

The values of the measured internal temperature used to evaluate the CFD are shown in Table 3.