Flow over an isolated hill (without dispersion)

The k-ε model results are shown on Figure 6. The agreement of the simulations with each other is astonishingly good, and we recall that code F was run in Manchester, while E and G were used in Paris with a different grid and different user.

The agreement with the experimental data is very good, including the V component which is very small. It is a common "pun" to say that an experiment is validated by numerical simulations, but we now believe that the data of Almeida et al. is quite reliable and highly recommendable for code validation. The fact that both U and V profiles are in good agreement with the 2D simulations is a proof that the experiment is free from 3D effects, in opposition to the statement (at the time of the Workshop) that the span-wise dimension of the rig may have been too small.

The under-estimation of the reverse flow may be attributed to use of wall functions in the re-circulation bubble. Low Re models applied to a backward facing step are known to correct this feature.

The over-estimation of k at the hill summit is a classical defect of the k-ε model which over-estimates the production in normal strains, as is occurring along the uphill part of the flow.

Figure 7 now shows results for the SMC. As might have been expected, this model cures the over-estimation of production during the "compression" uphill. On the summit the k profiles are in much better agreement with the experiment. Yet the maximum of velocity is visibly overestimated, resulting in an under-estimation of the vertical deflection of the flow. It is as if friction on the uphill part had been under-estimated. Note that this friction-deflection link is consistent with the previous discussion on mesh refinement.

However, by superimposing the streamlines for both models shown on Figures 3 and 4, we observed that separation occurs exactly at the same point, about 0.015 m downstream of the summit. Excluding the re-circulation bubble, the streamlines of both models are identical down to x=03. This means that the slight error in the V profile at the summit for the SMC, does not influence the downstream development. The main difference between models is in the re-circulation bubble, which is much more elongated for the SMC, with a centre shifted from 0.05 to 0.08m. The kink in the streamlines at re-attachment point can be cured by a correction to the dissipation (Yap correction) as discussed in detail by Hanjalic (1996), but since this option was not available in all codes, it has not been used to define the reference solution.

The V profiles at X04 clearly show that the structure of the bubble is better represented by the k-ε and is also confirmed on other profiles available on the website. From these it can also be observed that the SMC dramatically under-estimates the growth of the kinetic energy along the separated shear layer, even more than can be seen from the X04 profile. The k-ε model is doing only slightly better, but this may be just "by chance", since this model starts at the summit with a severe over-estimation of k. 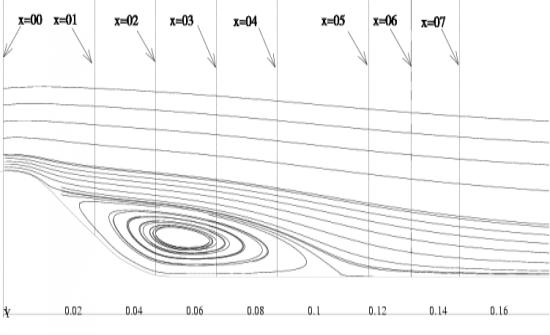 Figure 3: Streamlines behind the hill with the k-ε model and code E 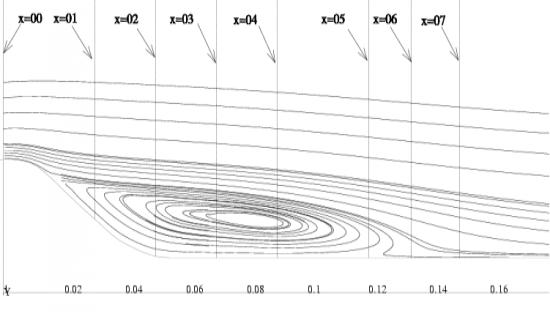 Figure 4: Streamlines behind the hill with the SMC model and code E 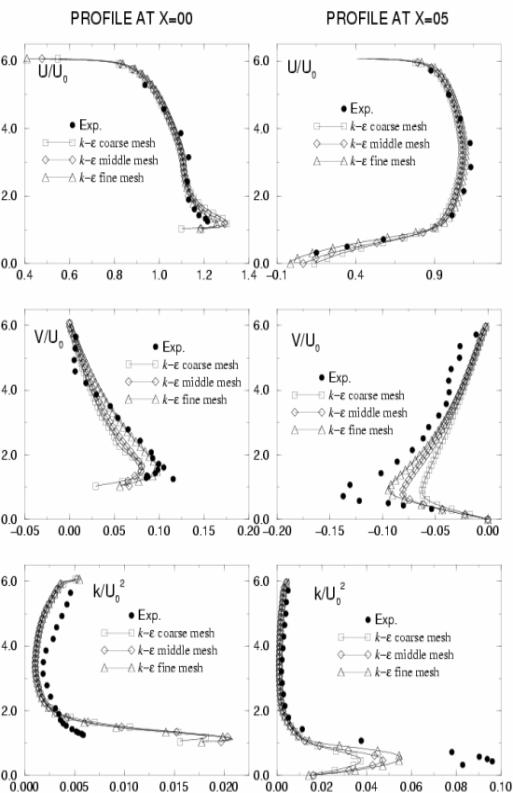 Figure 5: Profiles at X=00 and X=05 for code E with k-ε model on three different meshes 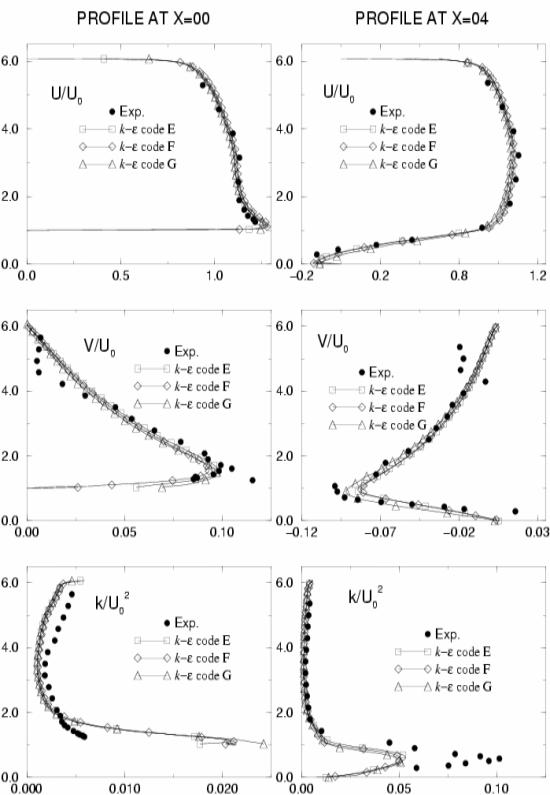 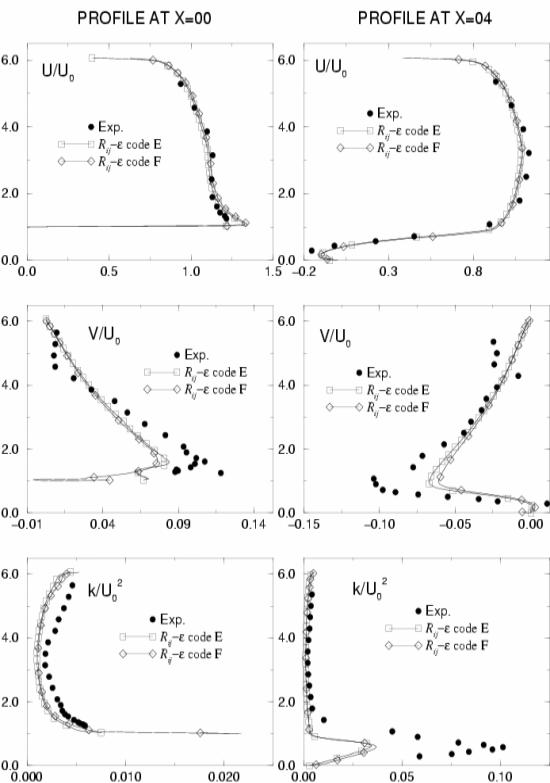