The present case is one of several measured and studied computationally. The chord Reynolds number is Rec=2.07x106 and the Mach number M=0.15, close enough to zero to be considered effectively incompressible but also high enough for compressible CFD methods to be used and the results compared with incompressible methods. The geometry.dat is purely two-dimensional. The case of primary interest, corresponding closely to the maximum lift for the foil, is at an angle of attack of α=13.3°. These conditions are roughly similar to the take-off and landing stall conditions for a small aeroplane like a Cessna Cardinale, though the Reynolds number for the real aircraft would be somewhat higher at about three million. 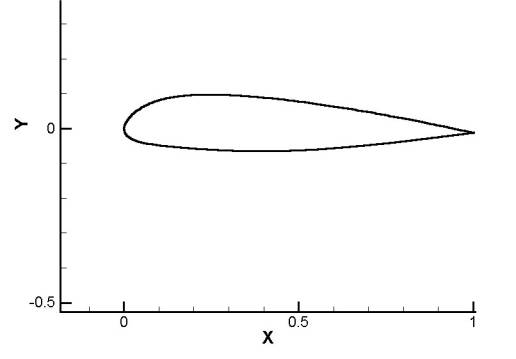 Figure 1. Geometry of the A airfoil test case
From “Large Eddy Simulation of the Flow Around a High Lift Aerofoil&lrquo; by Simon Dahlström, PhD Thesis, Chalmers University Sweden (2003) p9. Reproduced with permission.

The case had its origin in a French co-operative research project “Opération Décrochage” driven by Aerospatiale and including ONERA, CERT and IMFT as partners. A complete experimental database was compiled (see below) covering transition, boundary layer development and the separated region. It was noted even at that time that algebraic and k-ε models failed to predict the separation [6].

The results obtained in the F2 tunnel comprise pressure coefficient and skin friction distributions and LDV measurements of velocity and Reynolds stress profiles in the boundary layer and wake. From the latter, δ, δ* and θ distributions were obtained. The laminar bubble leading to transition at 12% chord was identified using oil-flow visualisation. The flow was confirmed to be approximately two-dimensional up to about 13°, but at 13.3° some three-dimensionality may have been beginning to appear, leading to lower CL and higher CD compared to measurements in the F1 tunnel.

It is recommended that a mesh of at least 256 (wrapped around the foil as a C-mesh, with 2x32 cells in the wake and 192 around the foil) x 64 (in the wall normal direction) is used. The airfoil has a thick trailing edge and it is necessary to close the geometry contour. A C-type mesh of this type was produced in the ECARP project (by Dornier/Dasa-LM) and is provided in the database. They also conducted a grid-dependence study using a superfine mesh of 512 x 128. The results were somewhat surprising in that the laminar bubble was resolved at the suction peak by the superfine mesh and the separation moved back from 84% to 89% using the Johnson-King model. In the light of this, it is recommended that if possible computations with any model should be carried out on a 512 x 128 mesh as well as a 256 x 64 mesh to check grid-dependence.

In the ECARP project, ONERA used adaptive meshing. The resulting adapted meshes are also included in the database for the inspection of those who are interested.

The position of transition appears to be critical to obtaining a reasonable subsequent estimate of the development of the boundary layer and its separation [4]. Treated as a prediction, this is fraught with difficulty in the RANS context. If the reader/user intends to run this test case, the first decision must be whether transition prediction is going to be attempted. If so, the case is first and foremost a test of the chosen transition prediction method. If not, then transition should

be fixed at precisely 12% of chord on the upper surface (also at 40% of chord on the lower surface, though this is far less important). The remaining calculation is then a test of the modelling etc, with transition fixed at the correct position in advance.

We are not prepared to recommend a transition prediction method. DNS is the only reliable approach and is known [3] to get the laminar separation at 12% and the transition process correctly. It is possible that even a 2D pure Navier-Stokes “simulation” could predict the separation point, but at the risk of a totally unphysical “transition” downstream of that point. Adequate resolution will be need to resolve the laminar separation bubble at 12% chord.

An enormous variety of turbulence models have been used on this case (including all variants, about 35 models in the ECARP project alone) covering algebraic, half-equation, one-equation, two-equation, non-linear and second order models. Most partners used RANS codes, while a few made use of viscous-in viscid interaction or other approaches. Some indication of the variety of methods is given by the tables below; the ECARP results are provided in the database (4.7MB).

Aside from fixing (or correctly predicting) the position of transition (dealt with below) there appears to be little clear unambiguous evidence of superiority of any particular model. Second- moment closures have been recommended as superior, but since simpler models can give convincing prediction in some circumstances, perhaps with suitable tuning of parameters, this conclusion cannot be commended as best practice.

A great variety of wall functions and wall-region treatments has also been employed in the previous studies, with mixed results, on the basis of which we are not in a position to

Based on practices used in the ECARP project, we recommend the following for a compressible RANS calculation:

For an incompressible RANS calculation: