This section of the document describes the CFD analysis carried out to simulate the flow pattern in the cyclone shown in Figure 2 with the operating conditions presented in section 2.2.

The Fluent software version 5.0 was used for the purpose of the CFD simulations. The segregated solution algorithm was selected. The Reynolds stress (RSM) turbulence model was used and in this model due to the anisotropic nature of the turbulence in cyclones. In the RSM the individual Reynolds stresses are calculated using differential transport equations. The individual Reynolds stresses are then used to obtain closure of the Reynolds averaged momentum equation. The discretisation schemes are summarised below.

Further details on the RSM and the discretisation schemes presented in Table 4 can be found in the Fluent User Guide 9 and other literature sources 10. Using the segregated solution algorithm the governing equations are solved sequentially and because the governing equations are non linear (and coupled) several iterations of the solution loop must be performed. PRESTO (or PRESsure Staggered Option) is a pressure interpolation scheme that is similar to staggered grid schemes used with structured meshes 11 and uses the discrete continuity balance for a staggered control volume about the face to compute the face pressure. 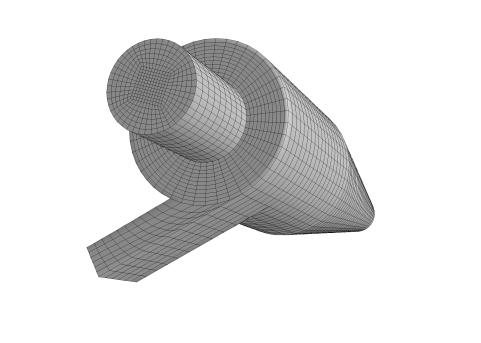 A velocity inlet boundary was used to specify an air inflow rate of 0.08m3/s. The average inlet velocity (Uavg) was 20m/s based on an inlet duct area of 0.004m2. The turbulence intensity (I) was set at 10% or 0.1. No sensitivity analysis has been carried out on this parameter. The turbulent length scale

was set at 0.0028m and this was calculated based on an approximate relationship between the length scale and the physical size of the inlet duct. The length scale being set as 0.07 times a cross sectional duct dimension. In this case the duct dimension used was 0.04m. No sensitivity study was carried on this parameter. From these parameters the values of the Reynolds stresses and the turbulence dissipation rate, ε, specified at the inlet were derived. The turbulent kinetic energy, k, was derived based on equation 1.

The derived Reynolds stresses were then calculated as shown by equation 2 and the derived turbulence dissipation rate was derived according to equation 3.

The simulations were carried out with a zero underflow component. The underflow was therefore represented using a wall boundary. An outflow boundary condition was used to represent the cyclone overflow.

The RSM with standard Fluent wall functions, after Launder and Spalding 12 was applied in this case. Using the standard wall function approach, the viscosity affected inner region near the wall is not resolved. Instead, semi-empirical formulas are used to bridge the viscosity affected region between the wall and the fully turbulent region and this obviates the need to modify the turbulence models to account for the presence of the wall. Further details of this approach can be found in the Fluent User Guide 9. The simulations were isothermal, steady state and incompressible. The flow and turbulence within a cyclone are determined principally by the main flow and are less sensitive to boundary layer effects. This was recently demonstrated by Slack et al. 13 who compared the axial and tangential velocity predictions obtained by the CFD model described here with those of an LES turbulence model of the same cyclone with a computational mesh that consisted of 640,000 cells. The LES and fine mesh simulation results were only marginally more accurate than the coarse mesh simulation when compared with experimental data.

In the AC, the flow profile in the radial direction was monitored using the x-y plotting function along a series of line surfaces distributed evenly throughout the chamber domain. The x-y plot generated was written to a file such that the change in the profile was monitored with the increase in the number of solution iterations.

The solution process continued until the scaled residual values exhibited no significant change and there were no further significant changes in the radial flow profiles with iteration as shown by the recorded x-y plot files. These coupled with mass flux reporting were the key quantitative solution convergence criteria.

A mesh sensitivity study was not undertaken at this stage.

The results of the CFD analysis are presented in direct comparison with the experimental data in the following section. 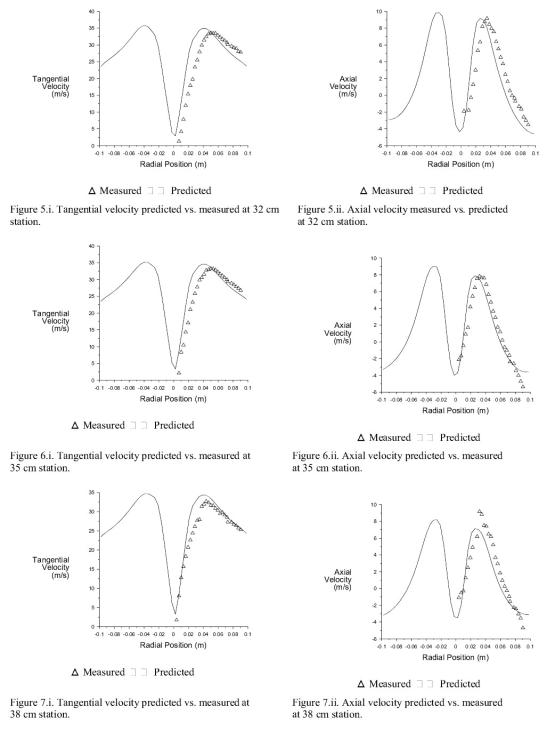 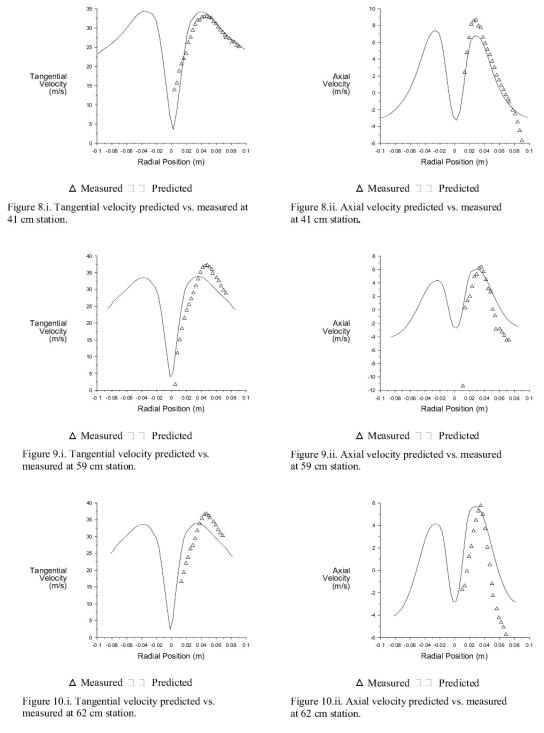 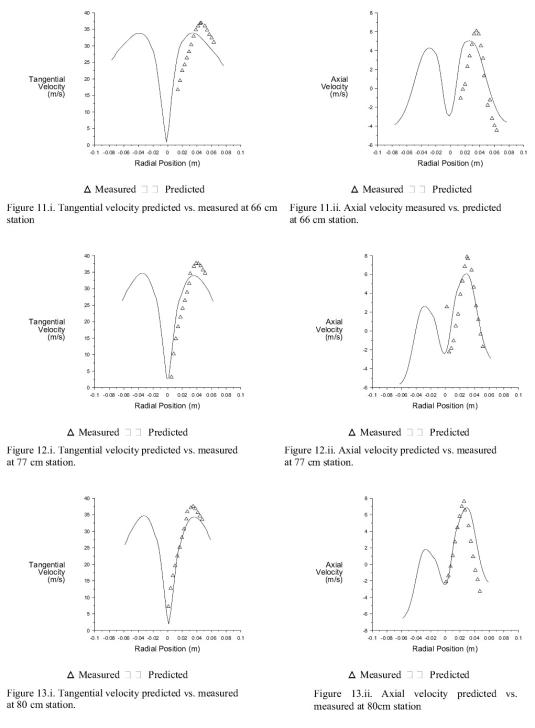