The test-case consists of the flow through a wall bounded pin matrix in a staggered arrangement with a heated bottom wall. In addition to its interest for the complex underlying physics, this case is close to several industrial configurations for internal cooling of gas-turbine blades, electronic devices and can be also found in the nuclear field. 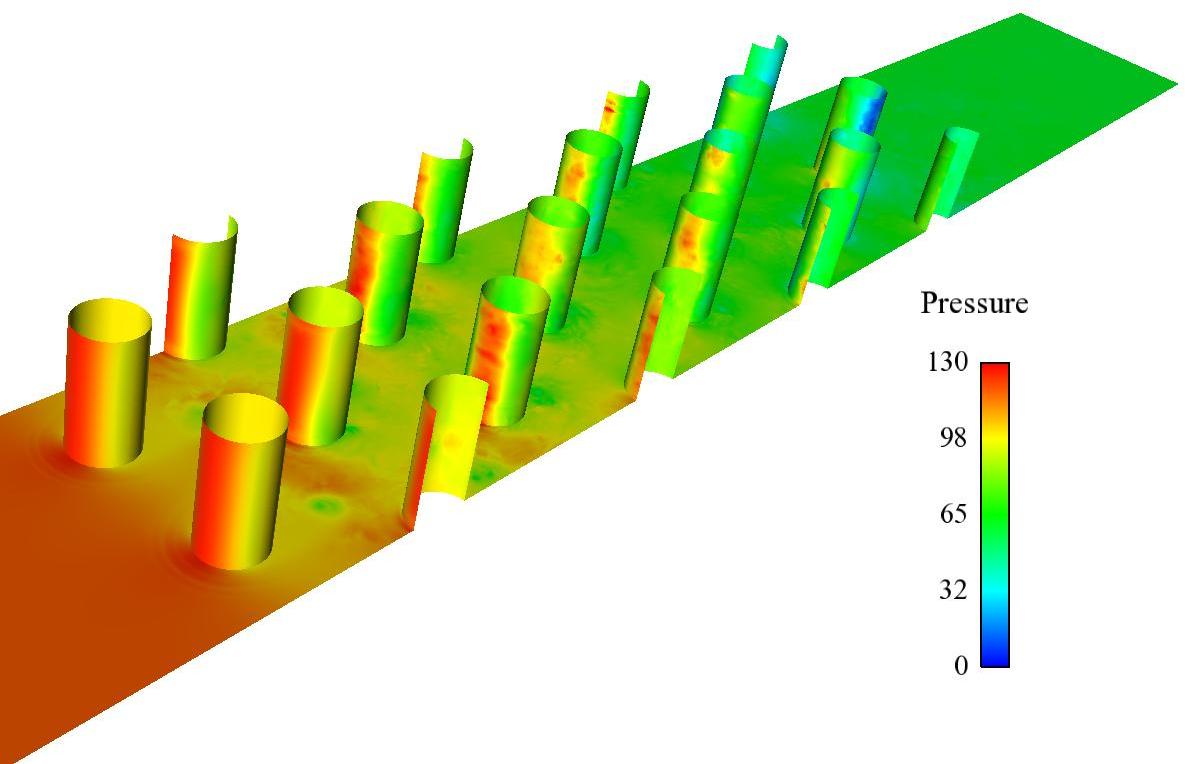